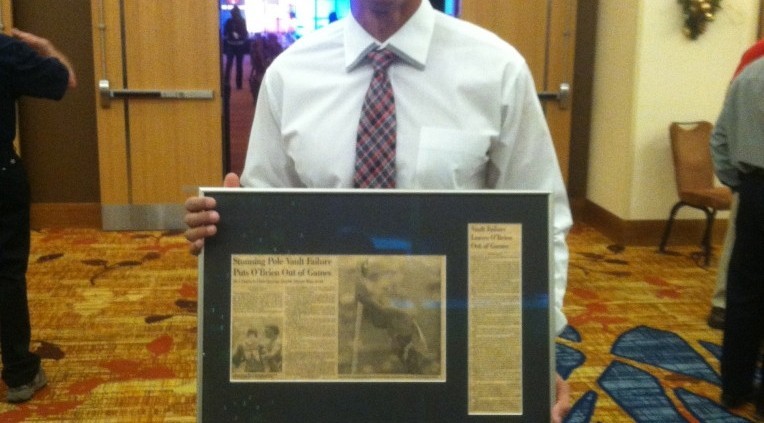 How An Olympic Gold Medalist And I Shared A Hinge Moment

Most of my life, I have been a sport obsessed honk, not only playing but also following every sport, in every possible venue.

For instance, as a kid, I used to watch EVERY SINGLE match of Wimbledon on HBO during the summer.

I always just assumed that the best win, end of story. As a kid, I had no idea that there was a mental component to winning or even playing consistent.

Reebok had launched a campaign titled Dan or Dave, who is the best athlete in the world? Who will take home the Gold medal in the Barcelona Olympics? The competition was between Dave Johnson and Dan O’Brien, two USA decathletes.

However, even before the Olympics began, during Olympic trials, Dan O’Brien was leading after the 1st day of competition and on record-setting pace.

However, during the 8th event, the pole vault, Dan O’Brien stunningly failed in three attempts, scored zero points, and drifted to last place.  He said, “it was like a dream, I wanted to turn to somebody and say, “Do something.”

Our Mess Becomes our Message…

However, he also said something I’ll never forget. During his weakest moment, he said “I pity anyone who goes against me in the next four years.”

I was so intrigued that anything like this had happened that I began to follow his career, even cutting out the newspaper clipping from that day!!! It was his Hinge moment because our mess becomes our message… [ I took his picture holding this framed 1992 newspaper article that hangs in my office.]

It became my Hinge as well, because Dan O’Brien began to see a sport psychologist to help with his mental preparation. He admitted that there were too many variables in his preparation and he needed to become more mentally tough.

Well, in 1996, he won the Gold medal in the Decathlon in Atlanta and set the all-time record.

I knew from that hinge moment I wanted to help athletes feel the greatest joy of performing well when it mattered the most.

I would become a Sport Psychology coach.  And I DID.

I’ve been blessed to be with my athletes during the most intense times. For more information on Dan O’Brien and his journey, check out his awesome book.