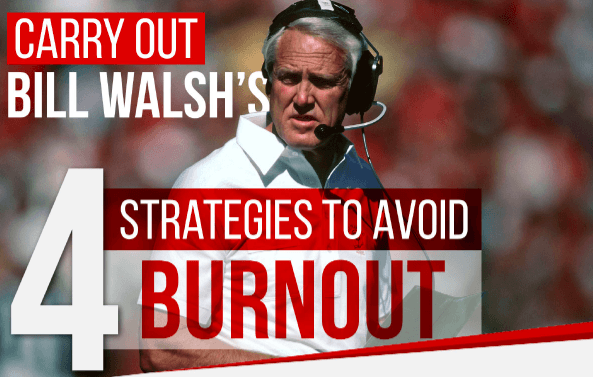 That and I became annoyed at every little mundane task. My tolerance level for frustration just was not there. My emotional tank was empty.

Picture it, here is Coach Walsh in the locker room during the Super Bowl celebration.  Brent Musburger asked the question if that was his last game? He started crying because he knew it was over. Bill Walsh said later ” I felt like an outsider.” An amazing reaction to winning the Super Bowl!

The 49ers would win another Super Bowl the next season with George Seifert as the head coach. Bill Walsh couldn’t avoid burnout and learned the strategies to avoid burnout only after his coaching days.

What better mentor to teach us all about strategies to avoid burnout?