Why We Should NOT Have Heroes.

I was a huge B.J. Surhoff fan. He played baseball for the Brewers and the Orioles. I didn’t just meet him, I bum-rushed into him at a bar at the University of North Carolina and I apparently freaked him out. He wouldn’t even let me buy him a beer. It was awkward.

I also was once backstage at a show of my favorite band, Bad Religion, and met the lead singer, Greg Graffin. I learned my lesson not to bum-rush him. But, since I had just finished his book, I figured I had an “in.” He merely said “oh hey, thanks” and walked away.

In both instances, I was really let down…

My son sometimes wears a Batman mask to school and bed. Maybe he has it correct, be your own hero.

I’ve met and interacted with tons of professional athletes since it’s my career. Some are really cool and great people, and some I’m not so sure about. Having athletes and celebrities as heroes though is dumb. Just because someone can throw a pitch 98 mph doesn’t make them a good person. We have NO IDEA the type of person he or she is off of the field. We are who we are when we are alone. That’s why I always thought he should not have heroes.

To be fair, athletes often don’t have a choice if they want to be a role model, it’s a de facto position.  I was afraid to be a role model or a leader or a hero because I thought “what if I messed up?” I didn’t want to let others around me down.

It is far better to have quality people as heroes, and perhaps they just so happen to be great athletes. These types of heroes are easier to root for.  Dwayne Allen, Rickie Fowler, Derrick Brooks, Webb Simpson, Maya Moore, Fred Barnett, and Kirk Cousins are a few athletes that receive my check of approval as heroes.

I want to add one to the list, Zach Miskovic.

Zach Miskovic is a hockey player for The Indy Fuel. After a Sunday home game, all families in attendance were encouraged to skate on the ice immediately after the game while the players rejoined the ice and skated with everyone.

I can’t imagine that after a game in which they lost their third home game in a row, that skating for another 45 minutes was the best of times.

I thought, at first, that Zach merely had a ton of his own children because he was skating, chatting, and playing around with so many. You could tell he was enjoying the moment.

At one point, he skated up to my daughter Ryan, grabbed her, and skated along with her. I doubt there was even one kid on the ice who he did not touch or talk to during the 45 minutes. Real heroes seem to go above and beyond.

What’s more impressive is that at dinner that evening, we saw Zach eating at a nearby table with his friends and family. Ryan and I both went up to thank him and he said “Hey Ryan!” “Did you have fun?” Now, I struggle with remembering my neighbor’s names sometimes, but out of all of those kids, he still remembered Ryan. Wow!! A true class act!

I told my daughter that it takes as much effort to be an outstanding guy as it does to be miserable.  It’s not about messing up, it’s more about doing our best with where ever we are. Hey, Maybe it is okay to have heroes… 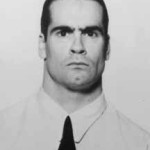 It is what is. It’s only uttered by people who experienced a setback or are just miserable. I’ve never heard it by someone holding up a trophy. Although, my goal is to have an athlete hold up a trophy and is so consumed by the process that they say, “hey, it is what it is.”

A focus on winning doesn’t lead to winning, a focus on the process does.

However, our thoughts are often directed on the result and the outcome. When we do this, we welcome the ugly guest of FEAR into our game.

Here are 10 ways to forget about the outcome.

1) Talk to a teammate or competitor- Get outside of our own head, we are behind enemy lines. Andrew Luck actually congratulates guys who sack him!

3) Make the picture big- When I focus on going on vacation or that dinner date next week, I get happy.  One of my players loved eating so much, he would talk about where we were going afterward. Make the picture even bigger, we must know that it all works out because it has so far.

4) Make the picture small again- Focus just on making one play, the next one! Just THIS PLAY!

5) Breathe- Take one deep breath and look for the opportunity.

6) Rock, Paper, Scissors- If you’ve got a sport with some downtime, play a quick game! It reduces tension. check it out here…

7) Repeat your mantra- Hopefully, you have one… what refocuses you?

8) Think about your family- I get happy when I think about mine, but it also kicks in the drive.

9) Think about your behind– Not your butt, you know, your past successes. If all we had were good memories, how would you play?

10) Act as if- Before I take the stage or work with a team, I act as if I am Henry Rollins or Bobby Jones. If we focus on how someone better than me would act it helps us forget about the outcome.