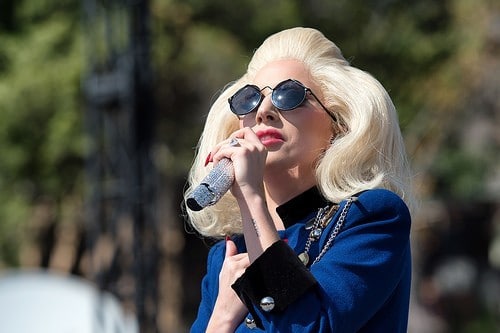 Mental Toughness depends on our ability to re-focus, let go of mistakes, and use setbacks as comebacks! It’s not about the setback, it’s about the comeback!

Here are 17 Examples of Mental Toughness

• In game 5 of the 1956 World Series, Don Larson pitched the only perfect game in history. However, in-game 2 of the same series, he pitched only 1.2 innings and lost the game 13-8.

• Hall of Famer, Raymond Berry, who retired as the NFL’s all-time reception leader, only caught 13 passes his entire rookie year in the league for the Colts.

• Roger Federer, the greatest tennis player in history, has won seven Wimbledon titles. Yet, he lost in the first round of Wimbledon his first three years of playing.

• Taylor Swift was passed over by RCA for a record contract at age 15.

• Jim Marshall of the Minnesota Vikings recovered a fumble and ran it the wrong way to the end zone, and threw it out-of-bounds for a safety. The next drive, he sacked the quarterback and forced a fumble which his teammate picked up and ran for a game-winning TD.

Now, this is the greatest of examples of mental toughness, because if you google his name, you’ll witness the setback.

• Mike Krzyzewski, during his first three seasons at Duke University, had an equivocal record of 38-37, with an ACC in-conference record of just 13-29.

• William Jennings Bryan was nominated by his party to run for U.S. President three times and lost every time. In 1925, at age 65, his brilliant defense decided the Scopes Monkey Trial.

• Country singer Trace Adkins was shot by his ex-wife and survived. The bullet even went through his heart and both lungs. These are painful examples of mental toughness.

• Danielle Ballengee slipped and fell down a 60-foot cliff while on a training run and spent two days stranded outdoors in Utah suffering with a shattered pelvis and internal bleeding. Just 150 days after her accident, 90 of which were in a wheelchair, she finished fifth in a 60-mile adventure race that included mountain biking, running, orienteering, kayaking, and a ropes course. Wow, such extreme examples of mental toughness!

• Jim Abbott, who had only one hand and pitched for 10 years in the Majors, culminated with throwing a no-hitter in 1993. He threw his no-hitter against the Indians, whom he faced the outing before lasting only 4 innings and giving up 7 runs.

• Lady GaGa was originally signed to Def Jam Recordings at age 19, but the company let her go after just three months.

• George Washington lost his first battle. He had plenty of examples of mental toughness in his life.

• Johnny Unitas’ first pass was intercepted for a touchdown. He wound up playing for 18 seasons and  throwing a touchdown in 47 consecutive games.

• Napoleon Hill, author of a best-seller, could not think of a name for his book. Unless he came up with one, the publisher would use the title, Use Your Noodle to Get the Boodle. Hill awoke at 2 a.m. on the deadline date, when the title came to him, Think and Grow Rich. Why is this mental toughness? Because we have to trust ourselves…

• Roger Bannister finished fourth in the 1952 Olympics. It was this hinge moment and disappointing finish that drove him to break the four-minute mile. Wow!

All of these examples of mental toughness have one common theme and that is there was a setback, failure, and futility before the comeback.

It’s not about the setback, it’s always about the comeback.