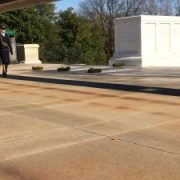 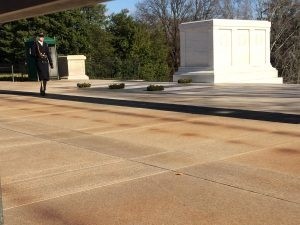 Repetition is the blueprint– success is the footprint

As a child, I threw a tennis ball against the outside steps of my house countless number of times.

I did it to practice my baseball fielding. Sometimes the ball would catch the corner of a stair and it would shoot off and make for an “amazing” play.

I did this for hours on end… I enjoyed it, I kept score, it was fun, and my fielding was never better! I made some killer plays in the actual field because of my repetition.

Have you done any activity so many times that you lost count?

Imagine how many steps it would take to leave footprints in stone?

Footprints represent where we were and what we have done.

In order to leave footprints there must be a blueprint.

One has to think about and plan not only the sheer number of steps to create footprints in stone, but also the manner in which the steps are placed.

It has been done.

Every second of every day since 1937, men and women followed the blueprint and created these footprints in stone. The Honor Guard for The Tomb of The Unknown Soldier at Arlington National Cemetery. check out more of their exact requirements and sacrifice here.

The detail is how the footprints are created in stone. The Honor Guard march in specific twenty-one step arrangements, The heel strike and toe push are so precise, that footprints are eventually created. Twenty-one steps and 21 seconds in-between movements at the end of each walk. Twenty-one symbolizes the 21 gun salute which is the highest honor bestowed in the United States military. Every second of every day the tomb is guarded and footprints are made.

Tradition demands it and Honor Guard enforce it.

What is amazing, is that even with the blueprint and the evidence of the footprints made in the stone, they still make mistakes. Perhaps the posture is a tad off, or their tone in voice is low, or there is an error like what you’ll see here. Can You Catch it?

These are the folks with footprints of Mental Toughness. However, even the best in the world with a perfect blueprint make mistakes. What seems to matter more than the footprints is that they keep following the blueprint. That’s only when footprints can be made.

Does your team have a blueprint and can you keep following it long enough to create footprints?