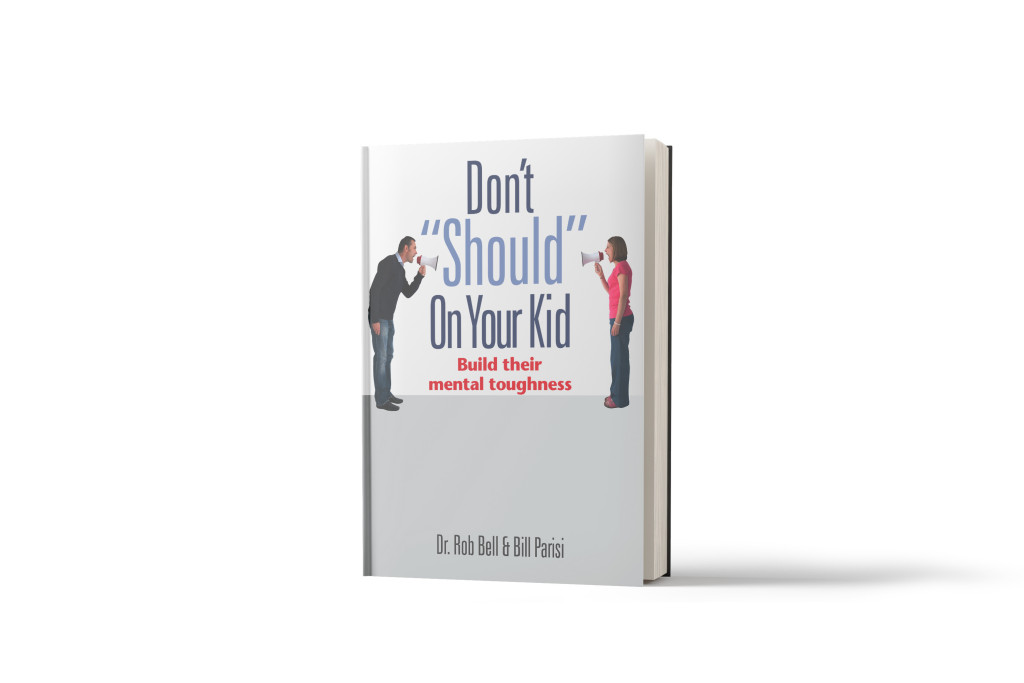 Excerpt from book: Don’t “Should” on your kids: Build Their Mental Toughness

Wade was a very talented 12-year-old hockey player, but he was a coach’s nightmare. He would only play hard when he felt like it, which was, unfortunately, only about a quarter of the time.

Not surprisingly, Wade’s father also worked whenever he felt like it. He had Dilbert comic strips up in his office and often bragged about how little he worked.

Children will become in many ways what their parents are, and we shape their belief systems. However, parents cannot give away what we don’t possess ourselves.

There are three types of people: winners, losers, and at-leasters.

These are not only three types of people, but actually three distinct beliefs that we form as children. They shape who we eventually become.

Winners and losers make up a very small percentage of the population. For example, when anyone discusses athletes in life, no one really talks about the twentieth or fortieth best athlete in that sport. They reference just a select few, the very best, the top .1 percent. Tiger Woods, Tom Brady, Peyton Manning, Lebron James, Missy Franklin, etc. They are referencing winners, athletic geniuses blessed to excel. These people will be successful in any situation.

Losers, on the other hand, are born from a combination of poor circumstances and choices and a belief that everything turns out bad for them. These are the victims in life. It never is about them; it’s someone else’s fault. Again, a very small percentage of the population.

At-leasters go through the motions. Settling is okay. Playing it safe was good enough. Our comfort zone was comfortable. We would rather be a “maybe” than a “no.” Be good, but just not too good. If I was really good one day, I’ll just say, “Yeah, but I’m not that good.

The “at-least” mentality is toxic and systemic. The environment of youth sport has perpetuated at-leasters.

Youth sport that gives everyone a trophy has created an at-least mentality. At least we got a trophy… We don’t create winners by making everyone NOT losers.

No one wants to lose, but when we only emphasize winning over development, it causes us to self-protect. One way or another, “at least we weren’t last” creeps into our mentality. We rarely create winners or mental toughness by only treasuring winning.

It’s hard to be driven when you are being driven. We can also inadvertently drive a child into the at-least mentality. It’s not about you—it’s about them. We can’t make it about us, and it cannot become about us. We fail when and if it does. The best sport parents seem to be behind the scenes, providing encouragement and a supportive environment.