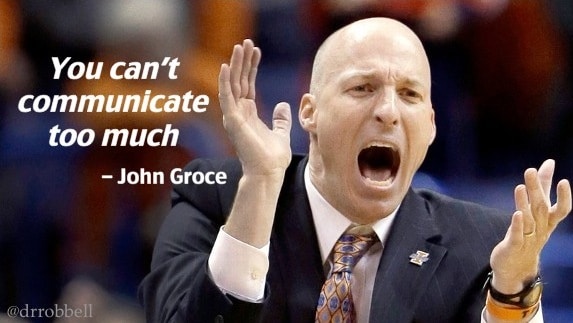 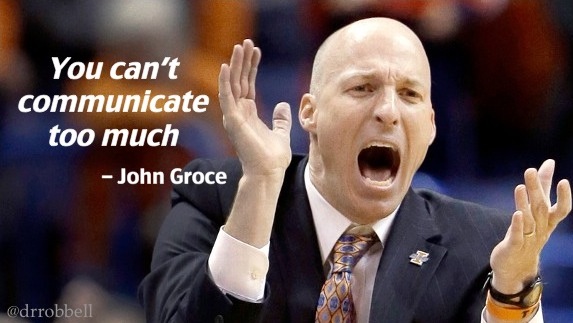 I spoke to a group of 30-40 elite divers every week for an entire summer. This session, I brought along my son and daughter, ages 6 & 4.  They enjoyed sharing the stage with daddy, (I think my daughter loves selling the books), but this time they were particularly enjoying the attention a bit too much.

The divers became distracted, so I had to ask my kids to settle it down. Didn’t work… I then knelt down to say it again and my son lovingly punched me in the face.

The divers awkwardly laughed, but I didn’t.

I needed to remain calm and take control at the same time. It was also one of those moments where you could feel all of the eyes on you.

I told him “EYEBALL CONTRACT”.

Then, I proceeded to instruct him what was now expected. No more distraction, issue solved. I went right along with the presentation and even told the divers what I just did. A teachable moment…

I use it with my family and vice-versa when it is something very important. We need each other at their best. No more games sort of attitude~this is what we’re are going to do.

I’ve seen the best of intentions on signed contracts, pledges, or agreements. They sound great but  rarely work. They are more about looking good rather than actually making a difference.

People are going to make mistakes and mess up. It happens. Those that signed an agreement or pledge however to NOT mess-up are now bound by law. When and if they do stumble, they are now under the thumb of extreme shame for the mistake. They often can’t come clean because they are in an abyss. What happens is that they become good liars. The agreement once propped up as a show of pride turns into an awful reminder.

The strategy of an eyeball contract of mental toughness gets results because it addresses the moment, not the past. Eye-ball contracts can be agreed upon frequently and when core values are at stake.

It puts the emphasis on our character, in that exact moment. Forget the past.

The head fake is that the best eye-ball contracts are with ourselves in the mirror. Chris Herren, as a former professional NBA player, struggled with alcohol and drug addiction. It wasn’t until he became sober that he finally looked at himself in the mirror.  He simply didn’t like himself before.

I hate messing up, it saps my confidence and I’m just not of much use to anyone during those times. But, all I have is an eyeball contract, and that is renewable every day. I’m going to answer the bell more often than not. Mental Toughness is less about not messing up and more about not giving up. However, what kills most belief is just not allowing ourselves to mess up.

We are all worthy of an eyeball contract of mental toughness with ourselves.