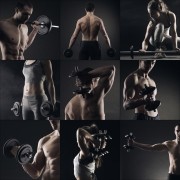 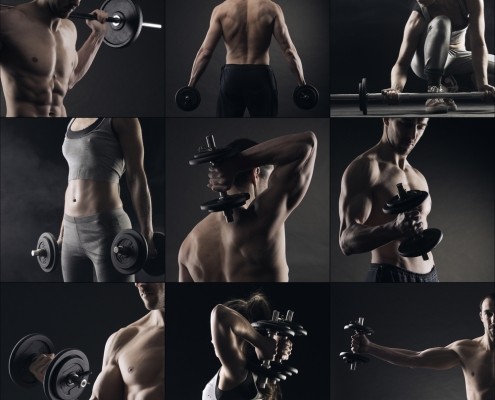 He would drive to the gym, drink his caffeine filled pre-workout, listen to death metal, get in the gym, stay aggressive, wouldn’t speak to anyone and train! He’d be motivated by anger and pull from that anger, and leave angry as well.

Angry guy had competed in MMA for the majority of his life but switched into CrossFit.

What we feed thrives, what we starve dies.

There was a buffet line of anger in front of him, but that gets old.  Seriously, who eats at a buffet every meal?

The issue was when he had doubt in the middle of his Crossfit competitions and workouts, he had no other tool to use.

If you see athletes that are able to harness the anger, they are usually angry toward an outside agent! John McEnroe got mad at the umpires, never himself.

But the scary part is that anger directed inward equals depression.

He actually felt deep down that he was not good enough and anger was how it came out. I saw it all of the time from guys in the CrossFit gym, so this led me to question: are there motivational differences between men and women?

I had a female client whose approach to the gym APPEARED completely different than the male clients.

She was a former college cheerleader who started competing in the sport of CrossFit. When she would go to the gym she would overly exert her energy into others, constantly talking, engaging and wanting to catch up.

But, she would play the ‘comparison game’ in her head to the other athletes.  She would walk in excited to be there but left defeated, She wanted to improve her self confidence, but she would get “down.”

She didn’t get angry, she got down.

Her attitude outwardly looked different, but she also operated from a standpoint of “I’m not good enough.”

So are the motivational differences between men and women that far off?

These examples both came from a point of “I’m not good enough.”  It’s just that the emotions that they showed outwardly certainly were different.

Angry guy would scream at himself tell himself to not back down where the female client was saying to herself, don’t let everyone else down.

What we feed thrives… Men are often motivated through anger and what it does physically is it reinforces that anger.

What we starve dies… Women are often motivated by self-doubt or the fear that they are not good enough and what that does is reinforce their self-doubt in their head.

The motivational differences are small. Both examples were motivated by negative reinforcement.  The issue is, at the end of the day, when the lights are turned off, the voice in our head is still there telling us that we are not good enough.  Maybe that is through the comparison game or through anger that we didn’t accomplish what we wanted.

How do you go about changing that?

We need to know that we are worthy, loveable, and operate from a standpoint that we are good enough. We can’t arrive at the gym needing this to get our self-worth. We have to arrive knowing that we already have self-worth and we just want to challenge ourselves and be the BEST at getting BETTER. 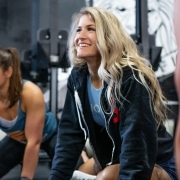 Chrissy Barron
Co-Owner, Director of Operations & Marketing Nova 3 Labs
In 2011, Chrissy Barron discovered CrossFit and since has aimed to be competitive in the sport, qualifying for the American Open as a 63kg lifter in 2016. She currently lives in Atlanta, GA, and trains at CrossFit Identity. Chrissy co-founded Nova 3 Labs. She decided to pursue a Masters Degree in Sports Psychology in 2016 and is set to graduate in August 2018.
chrissy@nova3labs.com
@chrissyvb
April 26, 2019/by Rob Bell
https://drrobbell.com/wp-content/uploads/2019/04/motivational-differences-between-men.jpg 1000 1000 Rob Bell https://drrobbell.com/wp-content/uploads/2018/05/logo-2018.png Rob Bell2019-04-26 05:01:402019-04-26 13:02:14The Truth About MOTIVATIONAL DIFFERENCES Between Men And Women In 3 Minutes
Scroll to top