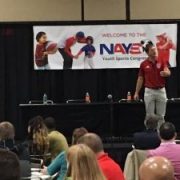 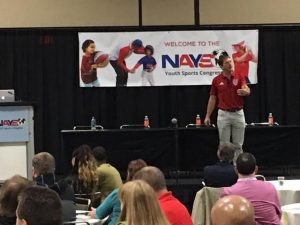 How I Prepare to Present

The very first talk I ever gave was in front of a rival high school with hundreds of students. It was a packed gym; the entire school. I spoke at their event where students promised not to drink and drive.

I was a just freshman in college.

My arm was in a sling and it was just a few weeks removed from being involved in a drunk driving accident. It was a horrible experience.

Thank God I didn’t hurt anyone else.

I was only able to recover by allowing my MESS to become my MESSAGE. My experience had to be used to benefit others.

I hope it did, not sure.

But all I did was speak from the heart. It’s how I still prepare to present. That day I delivered.  It was a pleasure to share my story. Even though I didn’t speak for probably years later, a seed was planted.

Even though I didn’t speak for probably years later, a seed was planted.

Now, my goal when I deliver a keynote is simple.

It’s to be the best speaker that they’ve ever seen.

Sometimes it is. Most of the time it isn’t. It’s a tough goal.

I’m excited and relaxed before going up on stage to speak, but it’s only because I’m anxious and scared the days leading up to it and during the preparation.

I go through the irrational what-ifs. What if I forget what I’m doing or speaking about?

But, I’d rather it be that way than being anxious during the event.

I’m fanatical about my preparation. I probably prep for six total hours making it specific to my audience. I go through the entire talk several times. It’s the way I still prepare to present.

Preparation is key. Repetition is the mother to all learning…

Repetition is the mother to all learning…

Goal Keeper Jon Busch has played in over 500 professional soccer matches. His training is simple, but not easy. He treats every practice like it’s the World Cup Final.  Prepare to present!

Before the Super Bowl, 49ers QB Steve Young memorized all 300 plays with his quarterback coach Mike Shanahan. The night before the game after going through every play, Coach Shanahan told Steve Young, “Let’s do it just one more time.” After he completed it again, the coach told him “Okay, now you’re ready.”