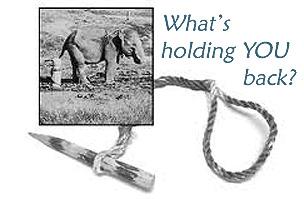 The Curious Case of Mental Helplessness

I asked Archie Manning and Andre Agassi to read my book- “Don’t “should” On Your Kids: Build Their Mental Toughness  .

I even asked if they’d provide testimonials, because they would be perfect for the message to parents.

I got through to their agents, they said, “no.”

Andre Agassi denied my request three times, despite that I even consider his strength coach, Gil Reyes, a defacto mentor. I’ve even had him on my podcast- 15 Minutes of Mental Toughness.

I hate rejection, check that, my ego hates rejection.

Dr. Seuss was rejected 27 times, his ego must not have gotten in the way.

What takes place in my mind after losing, or getting rejected is that feeling that I’m not good enough. That’s when mental helplessness starts to kick in.

The setback just affirms that belief, “see, here’s the proof.” But, I kept writing and wrote my 7th book, PUKE & RALLY: It’s not about the setback, it’s about the comeback.

Gym owner and coach, Tyler Miller, of Force Barbell knows when someone isn’t going to make a certain lift, because their approach to the lift is different. Feeling helpless is learned, but so is mental toughness.

Having limiting beliefs are learned. We set up our own mental barriers about how good we will be.

The major issue is that we can’t out-perform our own self-concept.

A study was done with Pike fish in a tank, where they released minnows and watched as the Pike gobbled them up. Pike are an aggressive fish.

Then , they placed the minnows inside of a jar so the Pike could not get to it.

It still went after it, nailing the glass jar time and time again. After a period of time, the jar was removed and the minnows swam freely, meaning the Pike fish could once again feast…

This time however, the Pike fish did nothing! It stayed there, and eventually starved to death!  The power of nature didn’t allow the fish to survive.

The Pike syndrome has to be at least 10x stronger for us humans. It causes mental helplessness.

How many roads must a man walk down, before you call him a man? – Bob Dylan

For example, “you’re good, but not that good?”  “she’s pretty, but you’re just okay?” If we are unaware of our identity and our mission, then the limiting beliefs will still arise and keep us from reaching our full potential.

As a means of training an elephant, when they are very small, they are tethered by a thick rope to a stake in the ground.

As a baby, it lacks the strength to break free, so eventually, it stops trying. Even when the elephant is large enough and could easily break the rope around its leg, it refuses to do so.

The massive size of an elephant learned to be helpless.

Seligman was the first to coin the phrase learned helplessness.

His experiment with dogs exposed them to electric shocks, in which they could not escape. Brutal…

After the dogs actually had an out and could escape the shocks, just like the elephant and the Pike fish, they did nothing.

The dogs had to be physically removed, no amount of rewards, or praise would get them to leave the shocks. They learned mental helplessness.

The BEST part about the research from Seligman however WAS that there were some dogs that no matter how often or frequent they were shocked, they REFUSED to stay down, they kept getting up! This is what started him on the path of researching LEARNED OPTIMISM.

Which dog are you?

If you want it bad enough, then you have to BELIEVE, period.

More importantly, we’ll all have to go through our own  shocks, mental tethers, and glass jars. These are the times that non-belief will expose if we will remain steadfast and eventually break free.

It’s not about the setback, It’s about the comeback!

Kenyan runners dominate the world in competitive distance running. Many run barefoot, but they’ll tell you their personal best time right along with their name. With almost half of the entire population in poverty, if someone in a nearby village wins a small half-marathon and a check for $2,500 that is four times the yearly median income. In Kenya, the will to escape is channeled into running. The motivation to “make it” is a direct result from the environment.

The Olympic and world champions of the sport in Kenya train along side those merely trying to break through. These runners, regardless of skill, motivate one another to keep going, recognizing with painful clarity just how fleeting success can be.

Since 1972, Cuba has won 32 Olympic Gold medals in boxing, more than any other country, despite the country’s boycott of the 1980 & 1984 games. However, the boxers status goes only as far as the amateur ranks. Fidel Castro banned professional boxing in the 1960s.

A Cuban boxer desiring to turn professional must defect, leaving everything and everybody behind including the motivational structure. It is a decision filled with torment, especially in the heavily family-oriented Cuban culture. Dyosbelis Hurtado, who defected in 1994, stated, “It was the toughest decision I’ve ever made because of my family. My mama, papa and seven brothers are still in Cuba. I don’t know how many more years will pass before I see them.”

We need models to show us how they did it, coaches to teach us how to do it, and others around us trying to do it as well.

The same motivational structure exists for Brazilian soccer, running groups, AdvoCare,® CrossFit,® masters swimming clubs, Jenny Craig,® or Alcoholics Anonymous.® These groups all rely on each other as “how-to” models and coaches.

We are connected to others. We need models in our lives to show us how things are done and others to continually raise the bar for us. It is the external motivation that connects….Will your Hinge connect? Click here to subscribe to my mailing list 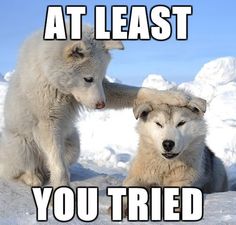 The Toxic At Least Mentality

I have bad days, I get down.

I lose belief and I’ll feel like I am not good enough.

I also have days where I do well, but for many reasons, I just didn’t perform up to my own standards.

But, I am also saying, I am not a winner…

The “at least” mental state is dangerous and systemic. Once it enters our vocabulary either within ourselves or our team, it can easily seep into our core beliefs.

The “at least” attitude means we chose to make an excuse.

Settling was okay.  Mediocre wasn’t all that bad.

Going through the motions became an option. We chose to live inside the comfort zone. I basically valued my self worth as a “maybe” rather than a “yes.”

The toughest part of winning is the will to prepare.

Committing to everything that is needed to win, means developing a winner’s mindset as opposed to an “at least” mind-set.  We must instill the belief that we deserve what we are going to achieve because of our preparation, because at no point did we settle.

However, what lacks is the belief…We develop an at least mentality because we wanted, we just weren’t willing… We weren’t really willing to sacrifice, willing to develop the needed focus, or willing to work on our weaknesses. We looked around us and said “I’m not all THAT bad.”

Preparation and motivation involves the belief in oneself and that our goal or vision can be reached!

Setbacks, adversity, and struggle are going to happen, but it is how we overcome these obstacles.

The bottom line is that losing happens way more than winning ever does.

There is always a runner-up finish, a 2nd place team, and second best in show.

The question must be asked,  is an at least mentality an acceptable option for you?

First, it’s not the QB, a kicker, or even a lacrosse goalie. The toughest position is not only stressful and demands thick skin, but it is completely thankless; it’s the referee. Think about it, the best officials are invisible, because they only warrant consideration when something bad has happened. Nonetheless, the best games possess a flow, fairness, and game management only available through the toughest position on the field.

In addition, we all have to be officials at certain points on our own team or career. Interviewing the toughest of toughest positions on the field (SEC football officials) has revealed three keys for all of us to follow: 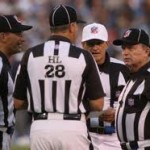 Prior to a game, referees get the same type of feelings and thoughts as the players. The best get excited rather than nervous and the difference rests in how they perceive the situation. They must view games as “we get to call a good game,” rather than “I hope I don’t mess up a call.” It’s the same in our own lives, when we get excited; we view things as challenges (something we get to do) rather than threats (something bad can happen).

Since the game has changed in 20 years from big guys or fast guys, to big and fast guys, there are more “gut” or “marginal” calls on the field.

The head official is only one addressing the crowd at the game, so he must administer the call not only correctly, but also timely. When you see the referees gather together, it may even come down to the head official’s decision to make the call.

There are approximately 170-180 plays in a game and referees never call a perfect game. The officials focus on their preparation, rely on their mantra of “ready, every play”, and the pre-snap routine. Every official has a different role on the field, so each person goes through a specific mental checklist that helps them focus.

However, mistakes still happen. Thus, some of the referees actually have a physical re-focus cue to help them on the most important play; the next play. When something goes poorly in your own life, what is your re-focus cue? 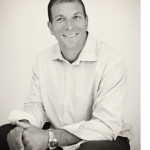 Dr. Rob Bell is the author of Mental Toughness Training for Golf, an AASP certified Sport Psychology consultant, and caddy on tour. He consults with athletes, coaches, and teams at all levels helping build and enhance their own mental toughness. His website is www.drrobbell.com and you can find him on Twitter @drrobbell