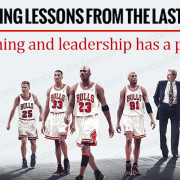 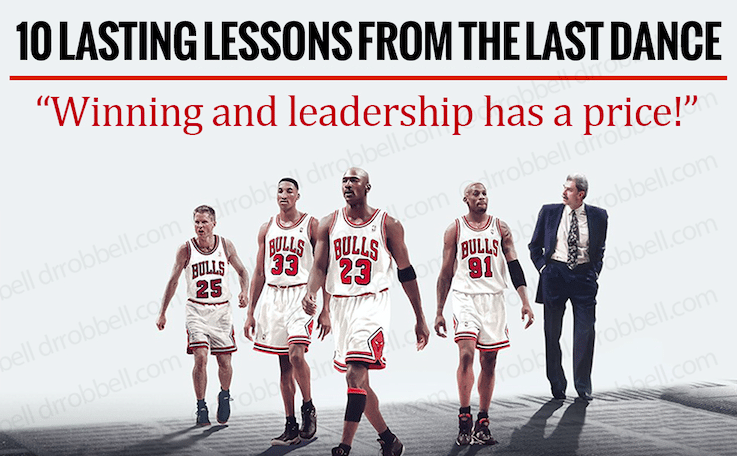 If you want some more life lessons from basketball movies, check out 7 Life Lessons from the Movie HOOSIERS.

Michael Jordan tears up at the end of an episode, saying, “break.” He was caught up thinking about how much he cherished and desired winning. You’ll cry either because of how much it hurts, or because of how much effort goes into it. We all have the Pain of discipline or pain of regret.

The last dance documentary also showed us all how fleeting success really is… The process is what matters most.

Episode 3, Jordan told UNC Asst. Coach Roy Williams, that he “wanted to be the best.” Coach replied, “You’ll have to work much harder.”

MJ said he worked just as hard as anyone else. Coach replied,  “Wait, you said you wanted to be the best!” He ended up working harder…See #8.

Confidence is contagious and when true belief is there, nothing can stop a team with it. Jordan also didn’t think about missing a shot that he had yet to take. This is probably the biggest lasting lesson from the last dance documentary.

Coach Phil Jackson treated every player differently! He was a master at being able to build a bond and trust with players and thus got the most out of everyone.

That is why he was the most successful NBA coach.

It’s not about the setback! After the Bulls lost to the Magic in the 1995 playoffs, Jordan told his strength coach, “See you in the morning.”

He immediately returned to training. This is the obsession it takes for greatness…

It’s about the comeback!

Jordan still missed shots, free throws, and had the ball stolen. But, what made him the greatest was that he always bounced back.