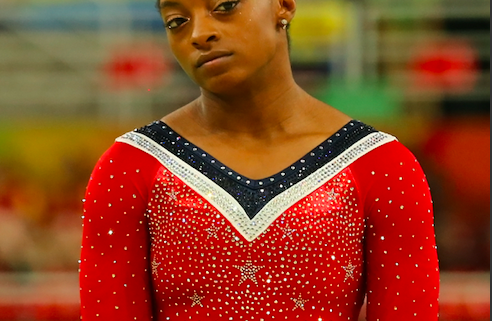 Back when I was a sport psychology professor, there was an activity I used to make sure NO ONE could be in the middle.

It forced students to pick a side and then defend their reasoning. It was an excellent way to broach uncomfortable topics.

The reason why not being in the middle was needed, is because everyone wanted to be on the fence.

After watching, reading, devouring, and listening to all of the many comments, critiques, and backdrops about what took place with Simone Biles, I’ve come to a conclusion.

I’m also not going to use a clever analogy to try and sway an opinion.

First, her legacy, impact, and influence is already solidified. Her impact with sexual abuse survivors, trauma victims, and for athletes and girls of color is unmatched. She is an incredible human being, a tough competitor and representative of the United States. No one can really debate any of this.

I understand the mental health discourse.

Also, her decision to step away from the team all-around after a failed vault may have been the right decision for her. I can’t really judge here. The “twisties” she experienced at the most crucial moment was probably indeed very catastrophic.

Her decision to put her health above competing is also a decision I can’t accurately judge.

So, why am I in the middle?

Whereas I realize the mental health angle and the rush of public support of her, I remain conflicted.

I have many colleagues in the sport psychology community and mental health world that champion her not competing. There are many claims that it was mentally tough NOT to compete. There were also many that felt her leadership was also to be lauded.

The reason why I’m in the middle is because whereas I do not blame or criticize her, nor back anyone who said “she quit.” However, I also do not support or endorse the notion that this decision should be championed and celebrated as well.

It is for me an “it is what it is” situation.

I have a difficult time promoting her decision as an example to be followed.  It was again her decision to step away from her team at such a crucial juncture in team competition. I just don’t advocate it as the pathway that needs to be exemplified.

It was the team that was severely impacted, not just her as an individual.

In the last dance documentary, the most difficult part to watch was the situation involving Scottie Pippen. Jordan was not with the team and a final play was called for Toni Kukoc to take the shot. Pippen was so distraught in that moment that he simply didn’t go out with his team for the final play. This was difficult because as a fan of his, I hated to see his actions that severely took away from the team.

I spoke with several coaches about this situation and they all reported the same feedback. They understood her decision, but also struggled with it because of the team component. They questioned whether this was a precedent. I agree with them that it was a hinge moment.

The crosswalk from this example into our own lives leaves questions. If a swimmer has severe anxiety, or a pitcher has a panic attack, or a volleyball player loses confidence, does this mean it’s okay to not compete for your team, and that it’s actually better if one does not? If test anxiety actually keeps one from taking the test, how is this progress?

The world is fraught with difficulties, setbacks, and challenges. The obstacles won’t be removed if we shy away from the exact challenge facing us.

Can we agree about Simone Biles decision that it reveals the imperative that athletes, coaches, and parents seek the help of trained professionals before such moments hit. When we know that we are struggling, it is our responsibility to reach out, connect, and have a support network already built up.

Because when your moment hits, it’s too late to prepare, we need to be ready.

The hierarchy of mental skills that can best be utilized under extreme pressure do not magically occur. They are practiced skills. As it’s seen, even the best in the world, who have been in the exact situation previously, can still face such blocks.

This is simply why I’m in the middle of the situation and hope we all agree about Simone Biles.

I would be remiss if I didn’t mention the amazing performances and bravery of Suni Lee, Mykala Skinner, Jade Kerry, Grace McCallum, & Jordan Chiles. They were amazing! These competitors were given an opportunity and all stepped up both as a team and individually.

One more legit question- will their names continue to ring true months and years later, or will it simply be remembered for Simone Biles? 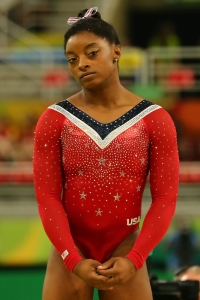