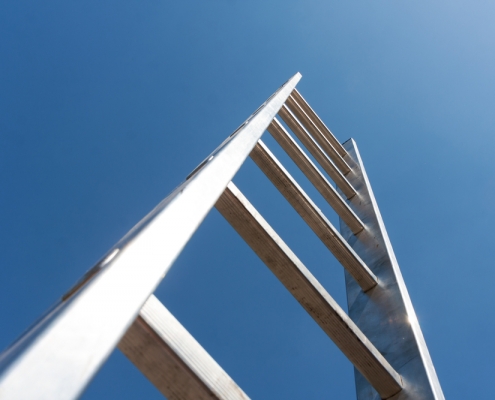 The Ladder People In Our Lives

After Kelvin Sampson became the head basketball coach at The University of Houston in 2014, an office-warming gift soon arrived.

Kelvin Sampson had a distinguished coaching resume. He coached at the University of Oklahoma for twelve seasons, reaching the NCAA tournament for 11 of those years. He was twice awarded coach of the year.

For the next five seasons, he became an NBA assistant coach, becoming an extra set of eyes with the Houston Rockets and Milwaukee Bucks.

Then in 2014, the Houston Cougars came calling.

The gift that arrived was a ladder. And it was not a stepladder either, it was one that you’d use to cut down nets.

His former Athletic Director at the University of Oklahoma, Joe Castiglione, sent the ladder and it contained significance far beyond using it to cut down the nets. He was the type of ladder people we all need.

The ladder was symbolic.

It was a symbol of remembering all of the people whose hands have been on that ladder and put him in a position for success.

It was used as well when Houston Cougars cut down the nets after they won their first conference championship in 27 years.

The ladder people in our lives are those who can help us get to where we want to go! Who are you providing the ladder for in their lives and whose are you using? Many people continue to contribute to your success. If you’re not getting the results that you want, however, who is coaching you? Will you be The Hinge For others?