Practice-day players usually have the best workouts and seemingly spend the most amount of time working on their craft. We relish in and want those who have the hardest work-ethic to be rewarded. Even hearing about how “hard” someone has worked inherently makes it seem that they have earned it.

For instance, Adrian Wilson, Pro Bowl safety for the Arizona Cardinals was on vacation with his family one month before training camp was to begin. Yet, he returned home just four days into a 17 day respite; “I cut the vacation short because I felt like I wasn’t getting any better,” Wilson says (USA Today, 2007).

On the other hand, game-day players often have the “intangibles” of raising their game to a higher level during competition (i.e., Adrian Wilson). Notwithstanding that practice is the way to improve; it should be tempered with the realization that competition is the most important aspect. If we continually struggle during game-days, then making practice competitive is key.Only through competition in practice can players simulate these feelings of excitement. Setting up practices with win/lose situations is the surest way to replicate game day while at the same time utilizing practice players’ strengths.

Martina Navratilova won 177 tournament titles, most for any male or female tennis player. She was a consummate game-day player, but it wasn’t until she joined coach Nancy Lieberman that she adopted a new mentality. Nancy Lieberman’s goal: “Navratilova would train so hard that even on her worst day, she could beat anybody.”

Ideally, the “best” players effectively combine the competitiveness along with quality practice. However, if we are the hardest worker, yet our performances are not reflective, then we must examine the quality of our preparation. Whereas, if we raise our game only during competition then we haven’t reached our true potential. Game-day players must embrace how great they can be. They should be able to transfer their game-day competitiveness into practice by setting goals that they want to achieve. 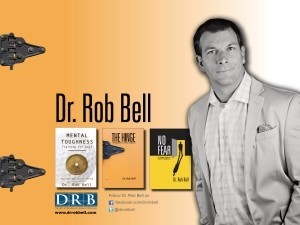