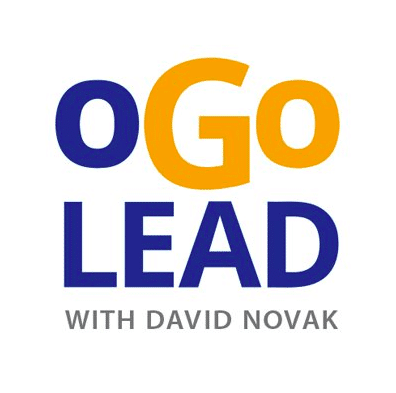 As former CEO of Yum Brands, by the time David Novak was 12 years old, he had lived in 32 trailer parks in 23 states.

I was introduced to this podcast by one of my golfers on the PGA Tour. I immediately started listening to every single episode. It took me several months, but here are the filet mignon of episodes. David does an excellent job of allowing every guest to share their experience and his demeanor is evident why he was such a significant leader himself.

I’m a big fan of Harry Arnett having met him at the PGA Show, so I’m biased! Callaway is an excellent brand of innovation and consistency in the role of professional golf. (i.e. Callaway live show). “Innovate or Die” was an incredible lesson learned that Harry discusses in this episode. It was a failure that taught a big lesson. That experience in part allowed his own staff a space to evaluate and judge different ideas.

Spider Miller is a golfer who won the US Mid-Am in 1996 & 1998.  Winning was a hinge moment that allowed him to play in The Masters with Arnold Palmer where they developed a deep relationship. From Indiana, the stories about Spider are legendary. He was also the 2x Walker Cup captain and captain of the “winning 2017 Walker Cup team.”  It’s an excellent episode on his business acumen as well!

Hmmm, another golf episode, do you see a coincidental theme for the top leadership podcast episodes? I listened to this episode while on the bike trainer for my Ironman. His story about his first days as CEO was quite the experience. He shares how he was able to bring the U.S. Open to Shinnecock Hills Golf Club by making the Shinnecock nation part of that process. It’s an excellent lesson in leadership because there was major strife between the factions.

From a family of jockeys, she rode her first race at age 21 to actually eliminate horse racing as a career. Her perspective on winning and success was simple- “Do you want to win races as a jockey? Ride for people who win races.” The story about her broadcast career and especially interviewing Calvin Borel after winning the derby was very moving. Her message is “you have to find your niche’ in life!” She is inspiring!

Ken Langone has a fantastic story! He is a collection of many people and is NOT a self-made individual. He epitomizes the notion that NO ONE Gets There ALONE.

He is always learning and still working! His leadership style is represented by Home Depot that has 3,000 people working WITH them (not for them) who started pushing carts and now are multi-millionaires. It’s great hearing about how the only mistakes he regrets are the mistakes in judgment.

An excellent story about how he bought out his father from the business at a young age. His quote and theme for life are top-notch- “You can’t B.S. the person in the mirror.” It is interesting that one of the best leadership podcast episodes addresses their Youth Sports Initiative and Sports Matter Foundation. After the parkland High-school shooting, Dick’s also took the courageous lead by announcing that they would stop selling assault firearms and to anyone under 21 years old.

This is a 2-part series. Tom Brady was a 6th rd, 299th overall pick. He epitomized capturing a Hinge moment! He is one of the best, if not the best quarterbacks in the game and what he has overcome is remarkable! His experience as a leader is undeniable, especially his take on confidence and emotion! “The NFL season is like climbing a mountain, everyone starts the same and the climb is long and arduous, but worth the summit.”  That’s why this is the best leadership podcast episodes.

It’s tough not to root for Rory after listening to this podcast. He’s won four majors but is driven as ever and he delves into his “why.” He discusses his growth as a player and how his team has developed across the years. He addresses overcoming injuries in his career and speaking his mind and being authentic. Gratitude is a cornerstone as well that he feels is a huge part of life! This is one of the best leadership podcast episodes!

Since I’ve worked with the University of Notre Dame Athletics, the impact of Jimmy Dunne is evident with the sports programs. One hinge moment came as he was rejected to every law school he applied. However, a player who he used to caddy for, instead directed him to Wall Street. He cites “playing like your behind” as the key to success. After 9/11, it was a difficult situation, so he took specific financial steps to help the firm establish an esprit de corps. One of my favorite parts of the podcast is when he refers to what he looks for in employees: refined desperation!

Southwest Airlines had over one hundred and thirty million customer boarding’s last year. Again, I’m biased because I love Southwest airlines. What most impressed me about this interview is that Southwest Airlines has NEVER laid off or furloughed employees or cut pay. Their mission is to treat every customer like guests in their own home!