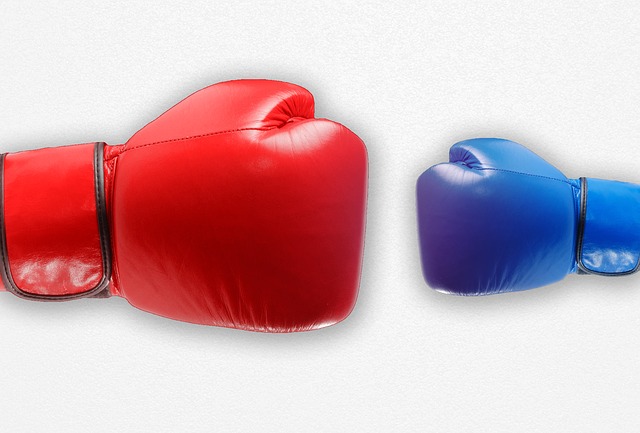 How to Win When Life is Unfair

Meldrick Taylor won the Gold Medal in boxing at the 1984 Olympics. Soon after, he took his 99-4 amateur record, turned professional, won the light welterweight title, and took his undefeated record into another title fight. It became the fight of the decade!

In 1990, the welterweight title fight occurred between the challenger, Meldrick Taylor, 24-0-1, and the champion, Julio Ceasar Chavez, 68-0.

Going into the last round, Meldrick Taylor, the underdog,  had a lead over the champion, and Chavez needed a knockout to win. However, with 17 seconds left, Chavez tagged Taylor and actually knocked him down. Meldrick Taylor got up within five seconds, but with referee Richard Steele counting and only 2 seconds left…called the fight.

Jim Lampley announced, “This is the most unusual call by a referee in the history of the sport.”

If just two (2) more seconds were allowed to tick away, the fight would have gone to the scorecards, and Meldrick Taylor would have won a split decision.

Chavez was strengthened after the fight and he became the greatest Mexican fighter of all-time stretching his unbeaten record to 89-0-1 before losing a match.

Although Philadelphia native, Meldrick Taylor fought the fight of his life, he suffered for it. In the hospital after the fight, it was reported that he experienced a facial eye fracture, was urinating pure blood, and even suffered short-term memory loss.

The end result of the fight was that it was not fair, it was taken out of the hands of the fighters at that moment.

So, here’s how to win when life is unfair

1) Fairness does not mean entitlement-

I had many publishers reject my first book, was that unfair?

Your good works will sometimes get overlooked. Other people may be picked or chosen or get the job you wanted. You may not be the one on stage or whose named is called for the award.

Are those instances unfair? Or are they just difficult outcomes to handle and accept?

I once gave away my soccer suite to some high profile entrepreneurs. Never got a thank you and when I asked for a small favor in return several months later, it was crickets. Was that unfair, or just how people are sometimes?

Remember, when someone says “it is what it is,” that means something bad happened!

No one wants to admit that there are events and situations that are out of our control or that life is unfair. But, the fans on the losing side of any game are the ones who complain most about the refs. They play the blaming game and feel they are entitled. Heck, sometimes they are!

Look at your situation and is it unfair, or is there a feeling of entitlement because you feel you deserve it?

When we lose, we need to be able to find what we learned from the situation and not automatically deem it unfair.

Let’s face it, how to win when life is unfair means you have to get lucky. Now, no one wants to admit that luck is part of it. I get it. But, it doesn’t make it any less real.

What is crucial is the Importance of The Hinge and Mental Toughness. Every single one of us will have opportunities. What we do with that opportunity when it arrives is what connects who we are with who we become!

Since luck is part of the equation, then we need to connect with and develop relationships with as many people as possible, because we just don’t know who can be that Hinge for us!

We can’t isolate, because only mushrooms grow in the dark!

It’s a matter of “when” NOT “if” adversity will strike. Proper preparation means that you’ll know how to win when life is unfair!

Luck, other people, people’s perception of us, other’s expectations, are all out of our control. We can influence others, but we do not control them.

How we respond to adversity, however, is 100% in our control. We are in our control of how we look at bad events, as either unfair and unjust, or actually as an opportunity.

When we are in the midst of the struggle, we need to respond, not react to adversity.

4) It’s not about the setback, it’s about the comeback-

Meldrick Taylor lost the fight of the decade and did suffer for it, but he also came back and WON the WBA Welterweight title and three successful defenses of that belt.

Amy Beth Acker writes that wanting life to be fair is a major block to peace.  Acceptance is the key to all of life’s problems!

We are going to lose. But, when we do lose, we need to do this instead… Remember, it’s not about the setback, it’s about the comeback. It matters how we respond and bounce back after the defeats. That’s how to win when life is unfair!

Here’s a cool article that supports this take as well.

Life is a mystery.

I am clueless and baffled why natural disasters occur, why a two-year-old would develop cancer or sickle cell anemia, why a loved one develops an addiction or suffers, or how one begins to cope with losing a child.

Most of life is filled with inconveniences, but these aforementioned are tragedies!

I believe that there is a God, and I know that I am not it. What I do know is that a tragedy, even though we don’t welcome it, actually becomes the strongest type of hinge.

Tragedies are an immediate hinge. However, the worse type of tragedies are not what takes place to us— but what we do to ourselves. We will make mistakes. We’ll make poor decisions. However, aside from mistakes, or bad decisions, every one of us has defects of character or weaknesses that we really don’t want. It matters how we respond to the adversity and setbacks in life.