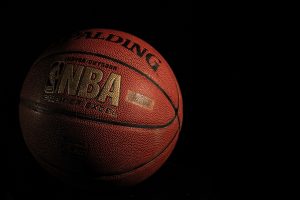 This Brutal Injury Caused and Created  An NBA All-Star

NO ONE could have predicted that a brutal injury caused and created this player to become a NBA all-star and the New York Knicks all-time leader in three-pointers.

It was an injury that led him to Knicks stardom.

In every bad situation, some good will come out of it!

In every bad situation, some good will come out of it!

John Starks received a try-out with the Knicks but wasn’t expected to make the team.

Fortune favors the bold and Starks had plenty of that intangible skill. During try-outs, his 6’3” frame attempted a dunk over 7’0” Patrick Ewing.

The hall of fame center rejected the dunk and slammed Starks to the ground causing Starks to injure his knee. NBA rules state that a player cannot be cut from a roster if they are injured, so he remained on the team.

It was after he returned that the Knicks began to value his work ethic so much that he garnered playing time. His injury became a hinge moment. The injury caused and created a future all-star. 10

It doesn’t matter where we are on the depth chart, or how bad things seem. We need to stay ready because it only takes one! For our hinge to connect, we must have confidence. In every BAD situation, Some GOOD will come out of it.

Top Mental Toughness Books of 2018 (so far)
Scroll to top