Save Your Kid When You Remember This One Mental Toughness Tip

Remember that one player as a youth who somehow had a beard? Typically the best athletes at younger ages are the biggest and the most physically developed.

So, won’t the best 12-year-olds in the nation will be the best professionals, and major champion winners, olympic medalists and so on? It rarely happens, because of the many factors that go into long-term development!

Let’s compare two youth athletes’ journeys because the mental toughness tip is: It’s not who gets there first, it’s who can get there and stay there.

It’s not who gets there first, it’s who can get there and stay there.

Golf is a sport where physical development is less important and occurs much later. It’s such a mental game, so this kid had a proverbial mental beard. He played beyond his years, didn’t make mistakes, and won—a lot.

He was not only the number-one 12-year-old golfer in California, but he was so good that at one international tournament he shot 73-70 and won it by sixteen shots!

When he finished sixth at Junior World Golf Championships that same year—the best field in the world, he was disappointed. At that time in California, future PGA Tour champion Rickie Fowler looked up to this kid.

As a freshman in high school, every collegiate program wanted this golfer, and everyone approached him.

The expectations for this young man were tremendous, and he admitted that when he began to struggle, he thought he was letting everyone down. When his physical growth occurred, his golf swing changed, he became confused with mechanics, started enjoying other sports, and soon lost confidence.

Remember, confidence is king. Although, that’s not the one mental toughness tip.

Luckily, his stellar grades buffered him from finding his complete identity in being only a golfer.

He still managed to play in college but at a much lower level. This golfer’s name, Joe Skovron, would later become Rickie Fowler’s caddy on the PGA Tour. Still an excellent gig mind you.

In comparison, the other youth athlete played all different competitive sports at a younger age, including football, baseball, and basketball.

The expectation was never for this kid to play professional golf.

He didn’t start playing competitive golf until 12 years old, which means he started playing at a much later age than others. The expectations from every round of golf were to have fun, learn something, have a positive experience and make a friend. There is more than one mental toughness tip from these…

In an eighth grade tournament, he shot an 89 in the first round. In the car ride, they didn’t discuss the round at all—only the excellent par on the last hole. He responded by shooting a 71 the next day.

Patrick Rodgers’ development and passion for golf took off in “high school.”

Stories about late-bloomers, two or three-star athletes are numerous. The one mental toughness tip is to be patient and remember kids are as only as good as their practice and passion towards it. The passion of a player translates into their dedication, work ethic, and overall mentality. 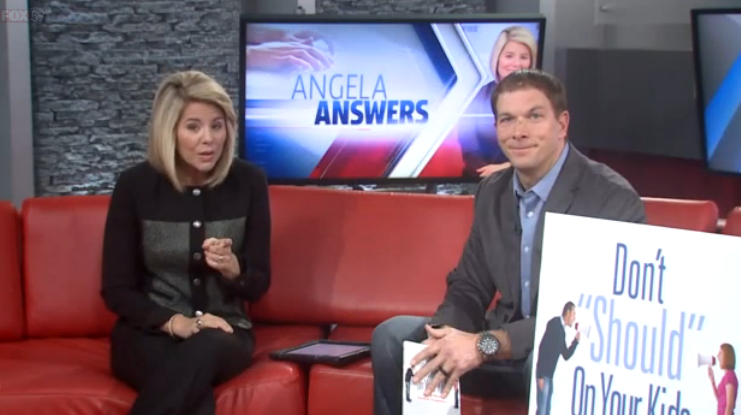