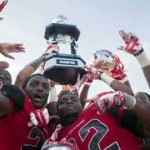 During the bowl season, there was the greatest single football play ever that sealed an incredible comeback. Except the comeback victory didn’t happen.

In another college football bowl game, there was also a dramatic comeback that did result in a victory. The difference was that The Hinge connected for one and it didn’t for another and there was a reason why.

WKU was leading 49-14 in the fourth quarter. Central Michigan came back and was behind 49-42 with just one-second left. They then had the most remarkable pass play since The Play (see Cal vs. Stanford). From their own 20-yard line, and four laterals later, they scored a touchdown. The play made the score 49-48. It was a Hinge moment!


Coach Enos decided to go for a two-point conversion to win the game and an incomplete pass later the game was over. They lost.

Wait, what? The Hinge connects; it was supposed to provide Central Michigan with the win. What happened? Coach Dan Enos said he originally planned to kick the extra point. Someone yelled to go for it and he changed his mind, he called the extra point team back off of the field and went for the win.

Pitt was leading 31-6 in the fourth quarter. University of Houston was still behind 34-20 and then proceeded to get not only 1, but also 2 successful onside kicks. A Hinge moment! Houston scored on a 25-yard touchdown play to trail 34-33 with just 59 seconds remaining. Coach Gibbs went for a two-point conversion and they scored to take the lead and win the game 35-34. It became the largest 4th quarter comeback in Bowl history.

Coach Gibbs said, “We made a decision the 1st day of practice that if it came down to the end of the game, we were going for two, no matter what,” Gibbs said. “There was no decision. They knew three weeks ago.” Thus, coach Gibbs had prepared for the exact moment that occurred.

Why did Houston comeback and Central Michigan did not? Coach Gibbs trusted his gut, and when we trust our gut, the hinge connects. What we need to learn from this is that each of us needs to trust our gut, our intuition.

Our gut is our in-born GPS that we all have. We must trust it, it is extremely difficult, but it is also necessary for The Hinge to connect. We have no idea when our Hinge moment will occur, but we must prepare for it. 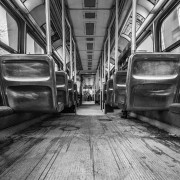 Three Simple Ways To Get Off The Struggle Bus 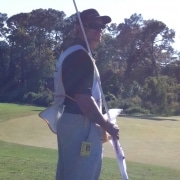 5 Things I Hate About Myself 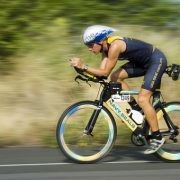 Why I Am Doing An Ironman

Load More... Follow on Instagram
The Negative YOU The worst answer you can get…
Scroll to top