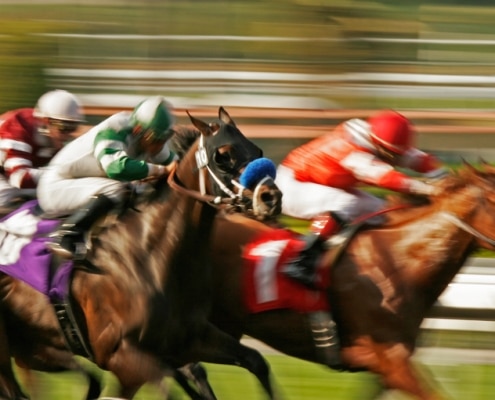 How Important Is Your Identity to Performance?

In 1973, Secretariat won the Kentucky Derby and the Preakness Stakes, and was just one race away from winning the Triple Crown.

Before the Belmont Stakes however, Secretariat had become a national celebrity and was donned on the cover of Times magazine. It was a relief for citizens to follow him because, at the time, news about the Vietnam War and Watergate was bombarding everyone.

On June 9th, 1973, Secretariat went off as the favorite at 1-10 odds, which meant a $2 bet would win only about $0.20. The race in New York State took place in front of a crowd of almost 70,000 people and was watched on television by over 15 million households.

Secretariat did not disappoint and his performance became known as the greatest ever from a racehorse.

He won the race by an astonishing margin of 31 lengths! He also set the record at 2:24 flat for the 1½-mile race, which still stands today. Many who had placed bets on Secretariat simply did not cash them in and instead kept them as souvenirs.

Secretariat only ran a few other races after the Belmont Stakes and won most of them, but his career was cut short and he did not race as a four-year-old.

The last race that Secretariat ran was the Canadian International Stakes in Toronto.

His owner, Penny Chenery, paid homage to her trainer, Lucien Laurin, and jockey, Ron Turcotte, who were both Canadian. Secretariat won the race, and afterwards he was taken to another racetrack and paraded around the track to a crowd of 32,000 cheering fans.

Secretariat merely ran a tribute lap, but what happened next added to the folklore of Secretariat and the importance of your identity.

Once the celebratory run was over, Secretariat instinctively walked over to stand in the winner’s circle!!!

Secretariat’s identity was one of a winner.

I’ve learned through the people and executives that I coach, that they join with me because they believe what I believe. That there is significance and success for everyone of us, if we are just able to honestly take a look at ourselves.

The bridge over that gap is honesty. There is a saying that the truth hurts. It hurts because the truth is that we can always get better.

You need to be truthful with yourself and believe that your identity is one of a winner, success, and abundance.

Rigorous honesty is painful. It is difficult to examine our past mistakes and still be able to create a vision for ourselves that knows it is one of a winner.

Since it is difficult to believe when faced with adversity, we cover it up instead of confide in and tell ourselves lies about our own identity because it protects our mind. We rely on our stuff to tell us who we are, or our accomplishments or our bank account. This is fleeting and does not fill your true identity.

Our identity must travel beyond our performance. Because even our Hinge moments last only so long. If we are on the performance loop, we’ll either crash, fade, or keep reaching for the next achievement or accolade. Here is also why the process is more important than the product.

“ The value of your identity is that so often, it comes with purpose.” — Richard Grant

Load More... Follow on Instagram
One Of The Simplest Breathing Tips on How To Wear A Mask