On October 25, 1986, The Boston Red Sox were up 5-3 in the 10th inning. They were 3 outs away from their first World Series since 1918. The Mets, however, rallied for 3 straight singles. The next play was a slow roller by Mookie Wilson up the first base line. It went through Bill Buckner’s legs and became known as the most costly error in all of sports.

On October 9, three weeks before the costly error, Bill Buckner was giving an interview, wherein he said, “The dreams are that you’re gonna have a great series and win. The nightmares are that you’re gonna let the winning run score on a ground ball through your legs. Those things happen, you know. I think a lot of it is just fate.” 100

The researchers wanted to see how people suppressed their own thoughts. Study participants were asked to verbalize their thoughts continually for five straight minutes and to ring a bell if they thought or verbalized a “white bear.” The researcher, however, gave specific instructions before the five-minute session began: “ Try NOT to think of a white bear.”101

Wegner’s research showed that most individuals became preoccupied with trying not to think about a certain object. A meaningless object, such as a white bear, became lodged in the mind, and it would surface during moments of weakness. The real world application from this experiment is more pronounced, because we, as individuals, can become preoccupied with more significant thoughts other than a white bear. Worse is that the more we try to suppress it, it can create a rebound effect of pre-occupation.

Our minds are just like our coach. We will only remember the very last thing said by the coach. So, if the coach mistakenly walks off saying, “Don’t double fault, don’t walk him, or don’t strike out.” it is stuck in the head. Unless we can replace that thought of “don’t,” we will play trying NOT to mess up.

Our mental toughness is directly connected with our thoughts. We say what we don’t want to happen, instead of telling ourselves what we do want. We notice the danger and the bad things that can happen and become pre-occupied.

The key is to be able to replace the negative thoughts with an instructional cue or a focus on what we want to do. That’s mental toughness. 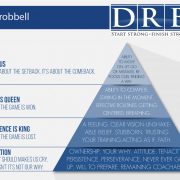 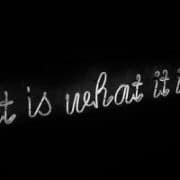 The Culture of Environment

Load More... Follow on Instagram
The Countdown to Performance… 5 take-a-ways from the NFL combine
Scroll to top