Our previous two posts have a plethora of mental game documentaries. So, basically for another set of twenty to pick from: check these two posts out.

This list may eventually run its course , but as stated before: We would not promote or suggest docs that suck or wouldn’t help you Be The BEST At Getting BETTER.

“Happy Trees!” The life of Bob Ross, The Joy Of Painting creator is well-documented. He brought joy to millions and his passion was clear and always on displayin this mental toughness documentary. Unfortunately, he got mixed up with two extremely shady and ruthless characters, Annette Kowalski and Walter Kowalski. Spoiler Alert- Any Bob Ross material or proceeds are not owned by the Bob Ross family.

The Danbury Trashers were a minor league hockey team in the UHL league in Connecticut. James Galante purchased the team and named his son A.J. Galante, president and general manager.

He was 17 years old!  But, he sure knew hockey! There were organized crime ties involved within its ownership and that lead to the downfall. But, the team had a hold on how they thought the game should be played (i.e., they set the league record for penalty minutes).

In our other mental toughness documentaries list, we had Hired Gun as a killer. This was almost as good. It follows the best back-up singers of all-time and delves into their roles, dreams, and the step forward into the next. Don’t let anyone tell you luck and patience isn’t part of success. Bruce Springsteen, Sting, & Mick Jagger all star in this one!

There is a line from Andy Roddick in this documentary that basically says ” There’s only been one person in history who didn’t have it as a young star and turned himself into an older star; and it was Mardy Fish.”  There are two main sections to 1 hour and 30 minute show. His rise to the next level of top tennis, the mental toughness part, and his struggle with mental health afterwards.

If you grew up when I did, it was tough not to like the Beastie Boys. They produced one of the top game changing albums of all-time. And they produced so much sampling and lyrical hits, that it was simply genius. This illustrates their story and continuation and struggles throughout the journey to stardom.

Now, when it comes to Mental Toughness, Dolly Parton is it! The poverty she grew up in and the struggles that she had to overcome was intense. There was a special line in this about fear that she addressed and basically said, ” I’m going to make it.” That’s the grit needed and she lays it all out there. This is one of my favorite mental toughness documentaries.

4.  Kevin Garnett: Anything Is Possible

I was always a fan of KG since I saw him at a McDonald’s All-American game in 1995. He was a 7 footer who dribbled like a guard! I always enjoyed his doggish mentality and his intensity as he was one of the first to jump from H.S. straight to the NBA. This film follows his career and you’ll get a glimpse into what it really takes even when you have all the talent. The arm-wrestling scene is the best!

Marc- Andre’ Leclerc is a free climber (no ropes), but what makes even Alex Honold take notice of him is that he climbs on all-different surfaces.

It is a pretty intense film that has some major twists. His passion emanates from such a transcendental journey. If you dig climbers and climbing movies, check it out.

2. 14 Peaks: Nothing Is Impossible

We go from anything is possible, to nothing is impossible on our documentary journey.

Nirmal Purja is the star in this climbing/ orienteering journey. His goal is to summit the 14 highest peaks in the world in seven months. The record for the summits has been 16 years….These mental toughness documentaries simply get better and better.

This is number one on the list for a reason!

Scott Lindgren changed the sport of kayaking in the 90’s and is a member of the International Whitewater Hall of Fame. He’s made 50 first descents all around the world. His vehicle is kayaking, but his story is the reason for these mental toughness documentaries. He provides tons of insight and clarity into the mental game! 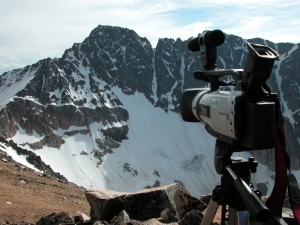