An A.D. that I met with recently discussed how one of their best basketball players always played safe. On one hand, the point guard made few mistakes and played consistent. However, the point guard also held back and never “took over a game.” They lacked mental toughness…

At a swim meet yesterday, I spoke with a swimming coach who remarked how one of his swimmers never “went for it” and reached her potential.

The “Safe” athlete is the new normal.

From helmets used in soccer, face-masks for “fielding,” and mouth guards galore, we are overly concerned for our athletes “safety.” In some cases, this is justified. However, when it comes to playing our best, “safe” doesn’t cut it.

A “safe” athlete is afraid of messing up. They know that they can play it “safe” and not get judged too harshly, or risk defeat through their play. The motivation to put oneself “out there” simply does not outweigh the risk of defeat.

At some point, these athletes were judged too harshly on their mistakes and they were not allowed to fail! In turn, the athlete quickly discerned to just “not mess up.” The reality is that sport and life is all about failure, we are going to have setbacks more than we are going to win, and this is the process.

A huge part of the game is the unknown, the feeling of putting yourself against another of equal or more ability and seeing what happens. This feeling is nervousness, excitement, and anticipation. It is uncomfortable, but the only way to achieve success is to be comfortable, being uncomfortable.

Unless that athlete is allowed to fail and know they are “safe” OUTSIDE  of the sport, they won’t risk it, and put it on the line IN their sport.

The A.D. had a heart to heart with the athlete, and told the point guard she wasn’t reaching her potential and that she would later regret it. That one talk changed everything and now the point guard plays with a passion unafraid to fail.

“Show me an athlete who is afraid to look bad, and I’ll show you an athlete you can beat every time.” Unknown

Dr. Rob Bell is a Sport Psychology Coach. His company DRB & associates is based in Indianapolis.  Some clients have included: University of Notre Dame, Marriott, and Walgreens. 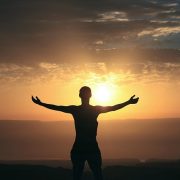 In 2021, Do This Growth Technique Instead Of Goals…

Why Your Coaching Style Should Be Intentionally Left Blank | MetaCommunication

Did I WIN this medal?

Load More... Follow on Instagram
End of the Hinge Dynasty… Eyes on The Path
Scroll to top