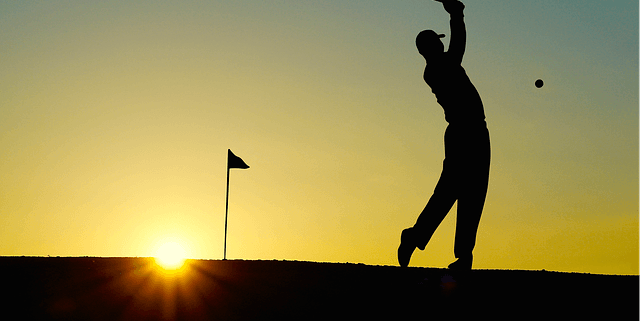 Why The Mental Game of Golf is NOT Successful

I entered a golf tournament last year. I do it because I compete in everything I do.

I was playing pretty well for me heading into the tournament. I committed to lessons, and didn’t have to rely on my athleticism to find a way to make par. I shot 77 the week before, but I was finally striking the ball well for once in my life.

It was pretty solid.  I was excited to play.

My short game is my strength and I’m a fantastic putter. If I manage to keep the ball in front of me, then I can play okay.

Not much changed during the second day of the tournament.

Champions can adjust. I could not.

Where did the mental game of golf come into play?

It was secondary. It was not important.

The mental game was not a focus because of how bad I was hitting the ball.

How could I focus on having fun, staying in the moment, playing it one shot at a time, and letting it go, when I was striking the ball so poorly?

That is why the mental game does NOT work!

The mental game of golf can NOT be secondary!

When the mental game fails, it’s because of this reason. It was secondary.

We approach the mental game and mental toughness as an ancillary benefit. We treat it like a stocking stuffer instead of a gift under the tree.

We treat it like a stocking stuffer instead of a gift under the tree.

We all act like the mental game of golf is a nap we take when tired instead of the number of hours we actually need to sleep.

We do not hold the mental game as a primary goal and that’s why it fails.

We try to make deals with our mental game and we do not focus on it.

We treat it as an if/then statement. For example, IF I’m playing okay, THEN I’ll move on and focus on the next shot.

Let’s say, we had a simple goal of 1) committing to the shot. That’s it! One goal.

That’s fantastic, but then we plugged in the bunker on a hole and sailed the green on the next. We committed to the shot, and it didn’t work, so then, we bagged it! We focused on hitting it better, which means tons of different things, and we floated into the abyss of results thinking.

We got away from our goal of 1) committing to the shot.

It was a stocking stuffer. We didn’t value it enough to put it under the tree.

The only way the mental game of golf works is if it is the PRIMARY Goal.

If the ONLY goal was to commit to the shot, even when we hit it bad, we committed to the goal and what that process looked like for us. It’s not easy of course, but it allowed us to compete and stay focused. We can accept those results.

Now, here’s the rub: IF we committed to our goal, IF we stayed with it and did not stray, then we know we gave ourselves the best chance for success. Plus, our mental game goal is 100% in our control. It’s part of the process, independent of  results.

Players and coaches, we must remember that we are in the process business, NOT the results business.

We are in the process business, NOT the results business.

Let’s say we set a goal to “have fun.” It’s our goal because we know if we can simply focus on that, then we usually play better and do not get stuck inside of our own head. If our ONLY goal is to have fun and enjoy it, then it is 100% in our control. We can do that! However, If “have fun” is just an ancillary benefit or a secondary goal, then once we start to not play well, we bag it. POOF!

IF I play well, THEN I’ll have fun.  Sorry, that doesn’t work. That’s making deals with ourselves, not goals.

That’s what I see and hear from players and sadly, experience it myself.

The mental game is the same across all other sports. If it isn’t held up as the standard and the only goal, then it is dependent upon results and outcome.